What is URBAN SHADOWs? 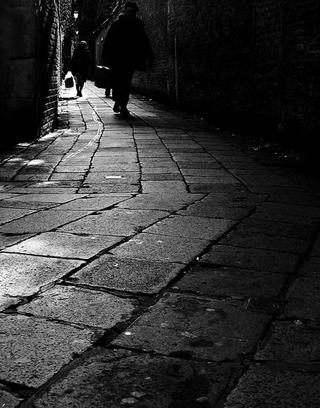 Urban Shadows is a table-top role-playing game set in a modern urban setting with a dark shadow cast over it. In Urban Shadows, Vampires, Were-wolfs, Faeries, Ghosts and all manner of powerful creatures roam our world preying on humanity and it's ignorance of their existence. But not all of them want to hurt or hunt humanity, some of them fight against their natures and expectations to try and live a life among mortality, constantly struggling to be a part of our world yet always apart.

But where there is life, there is hope. Humanity is not alone in their struggles, there are some who have seen the darkness, have let it in and choose to stand up and face the night.

In the game, you control a member of one of four factions in play around the world. Mortality, the humans with nothing to offer except insight, guile and resolve. Power, humans who have been imbued with awesome powers and heavy burdens. Night, those who were once human and now stalk the nights and hunter. Wild, creatures and being from outside our world who have come to stake their claim.

Who will you be? Which side will you choose? Will you be strong enough to face the darkness without and within?
Powered by